Video streaming from PC to Android (with iPad and server update)

Ever since I got the Transformer, I’ve never been able to get video streaming from my PC to the tablet quite right. The best I could get was a few minutes, then it would stop.

Now, in the end MOST of my issues came from my complete POS Belkin Wireless Modem Router

It ‘just works’, however I found it slightly incompatible with some clients/players. Bubble UPnP didnt like it much

Solid. Works as written on the box.

A great all-in-one solution. Very easy to set up and get going. However I found the video playback quality sub-par. The free version of the client has ad’s up in the top right corner. Not horrible, but noticeable.

This was the first UPnP client I tried. I found the interface a bit kludgy. It seems to be primarily designed around music play lists, which for watching a single video is a liitle confusing.

It seems fairly reliable, but not overly polished.

Exceptionally good, especially when you consider its still in beta. The interface is stunning and the reliability is rock solid. It interfaces fine with MoboPlayer at least.

I tried this in an attempt to simply browse to an SMB share and play. It had serious issues browsing beyond the top level share, and refused to open media files with a suitable player. Not a bad SMB client, but useless for this exercise.

I’m not sure WTF this app is meant to do. It sometimes found the Bonjour shares off the server, but even then it was a dead end. Useless.

Supposedly THE BEST media player for the Android. Meh. I found it dull and un-polished. It could really do with some UI work. Seemed to work ok, however MoboPlayer was simply better.

Only played with briefly whilst trouble shooting. Didnt really stand out.

The winner in my opinion. It does exactly what it says on the box and it does it neatly and solidly.

I argued for ages with this. I could certainly ‘see’ the files, however playing would last 1 to 2 minutes and stall/stop. Previous to swapping out the Router, without a doubt the most reliable/best performing was EMIT. If you have wireless issues or a very weak signal – certainly try this.

Once I swapped the wireless router over to the Netgear, even EMIT got better. Play back was reliable and solid. However I was left a little disappointed with e video quality. I then went back and re-tried a few different server/client/player combinations. The best solution I came up with was:

As a follow up, I’ll do a whole go-to-whoa how-to soon.

I’ve since tried all this on the iPad. Everything else is the same, however I used the following apps on the client:

Since previous posts, Ive also added a PS3 into the equation. I had some issues with the PS3 Media Server not running happily (I think it was just a particular version bug at the time. I have since changed the server app to Mezzmo. It’s a commercial product ($30) but it’s rock solid stable and transcodes to specific devices perfectly. Very happy. 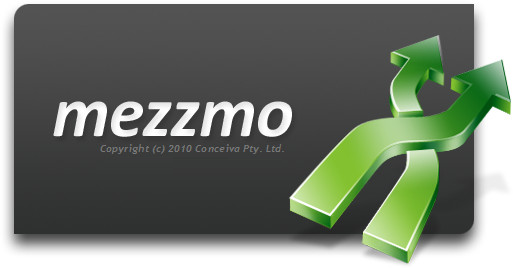 Posted on July 2, 2012 by Lurch. This entry was posted in Android, Geek. Bookmark the permalink.